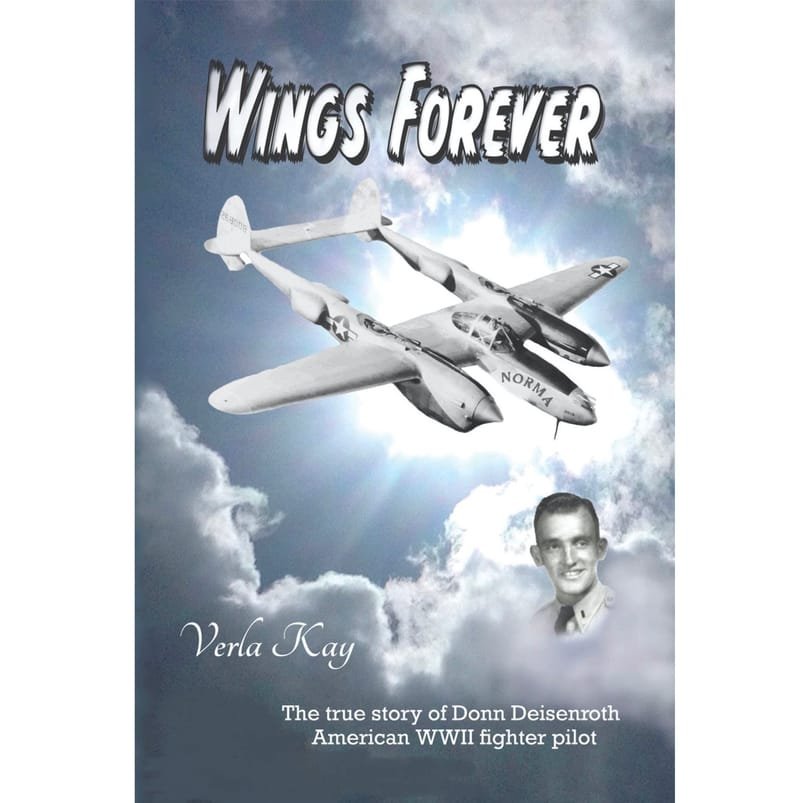 Deeply moving, honest and sincere — this is the real thing. You will experience WWII through a P-38 fighter pilot's actual diaries and letters to his parents.

“Went on dive-bombing mission today and got jumped by eight ME109s. Have never been so scared in all my life. Wasn’t on the ball and lost flight leader. It was my fault. That’s when I got scared — when I found I was alone.”

Told mainly through pictures, diaries, newspaper clippings, telegrams and letters discovered many years after his death and painstakingly pieced together by his daughter over a period of more than 15 years, Donn’s story begins with him joining the Army Air Corps at age 18 and focuses on his experiences as a P-38 Lightning fighter pilot flying over Italy out of Africa — and what a dangerous job it was.

“Elkin got shot up — plane on fire, flew straight into mountain and blew up. Must have been dead or unconscious before he hit. Loder hit the ocean doing about 400 and the plane just broke up into little pieces. He was either wounded or just misjudged his altitude, I think …. Dinswiddie, Benton, Pyle, White, Curaan, Connors, Kedding and Snyder have been killed now.”

WWII pilots were a close-knit band of men; they stuck together and supported each other like there would be no tomorrow.

And for many of them, there WAS no tomorrow.

Wings Forever is a very visual story. It begins with Donn joining the Army Air Corps at age 18 and focuses on his experiences as a P-38 Lightning fighter pilot flying over Italy out of Africa - and what a dangerous job it was.

Readers will see the war through new eyes by reading Donn's diary entries and letters he wrote home. They will follow him on his flight missions, hear his own words about how scared he was when he was fighting German and Italian planes over Italy.

He flew 40 successful missions before he was shot down and taken captive by the Italians - just 10 missions before he was going to be able to go home to be with his wife when she had their first baby. Learn how he escaped and hid in the hills of Italy for nearly three months before being recaptured by German soldiers when he was half frozen, in a blizzard with only one shoe, just 20 kilometers from the Allied lines.

Through his letters and those of his family, experience the worry of him being Missing In Action for 8 months and how Donn didn't even know if he was a father or not until over a year after he was shot down. He spent 19 months in a German prison camp where he was so hungry he ate bugs. Learn how he tried to tunnel out of the prison camp with his roommates, and how he finally came home to his wife and met his beautiful little one-and-a-half year old daughter for the first time.

Wings Forever is a poignant, riveting, dramatic story. One that will capture your heart and that you will remember long after it has ended.